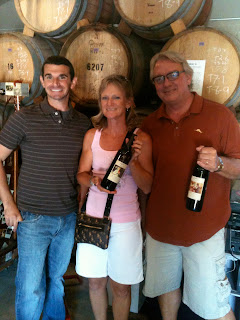 Another flavored day in Kaz’s Room.  Mike sat there, his sipNscribble, with some Stomp Merlot, 20010.  He loved the candid character in his glass.  She wasn’t afraid of his page, ridiculous academic, Literary, analysis of her structure, presence.  He looked at his notes, the reactions to the day’s wonderful, fun, universally pleasant visiting sippers.  One couple, from Temecula; kind, gentle, enthusiastic in their wine strides; John and Laura from Temecula, engaging Mike in topics touching careers, children, Literature, film, books’ translations to film.  Mike read what he scribbled after their disconnection from the Room, “Optimal ignition for a day of pouring.  Ready for more sipping characters.” Mike sipped his infant Merlot again, remembering how empowered he felt after their visit, till clocking-out around 5-something. 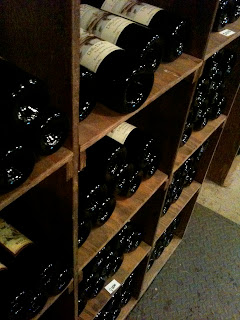 Kristen, Kaz’s daughter, syncopated with his motions behind the bar.  Mike wondered if he could have a Room swirled in like luminosity, character charisma.  Again.  He knew what his age was, thinking this again.  Enough thinking, he thought.  He needed material, the material.  A Room by which he could be Creatively comforted whenever he wished, not merely when scheduled.  But he wouldn’t let himSelf be pulled too far from his scribbles.  He needed to have something written by 9p, he told Self.  But, he couldn’t help but venerate Kaz Winery’s phantasmagoric forward for his forethought.  He targeted Autonomy with his pages, now more than any preceding day.  He wanted his own shop, Room, Creative space.
At day’s end, his sipping compatriot, Nate, agreed that the Stomp was the bottle to embrace in departure.  “Go home and sipNscribble to that,” he said.  Mike’s thoughts harmonized, paralleled his proffer.  So Mike sat there, in his upstairs writing Room, closing his little book of reactionary jots, Literary ‘thought darts’, as he imaginarily had them filed, labeled. 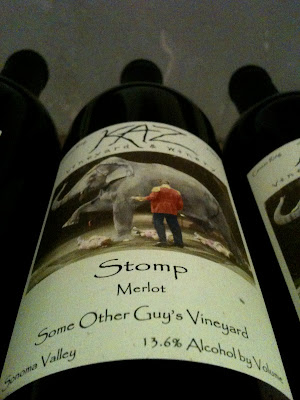 Mike counted the money from manuscripts he was encouraged to sell in the Room.  $20.  Actually, $22, as two new readers handed him a 5 and refused the $1 in change.  Mike accepted, following abbreviated skirmishes.  “No, really,  I appreciate your support,” he said.  But they walked away from Washington.  His own Room, closer.  Or, was he there, already?  Credit to Kaz’s Room, family, he knew either way.  All shifting, in approaching scenes.  He knew.  Sipping more Merlot, he smiled.  Sipped, scribbled.
9/3/2011, Saturday
Posted by MIKEMADIGAN at 9:35 PM