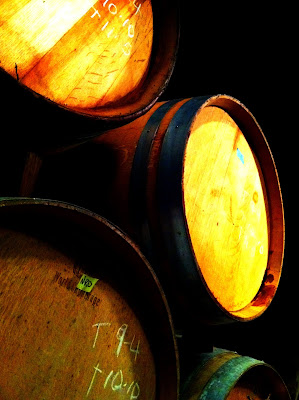 Mike, more than just depleted from the day.  He had not a drop of motivation, inspiration to type.  Even after the views to which he was exposed during the day’s assignment.  He didn’t even have the energy to walk downstairs and pour himself a glass of the cuvée he brought home.  That was nice of them, he thought, how the tasting Room staff let him have the practically not-at-all-poured bottle.  Music on.  He just listened.  Closed his eyes for a couple seconds.  It was Saturday night, he had to do something.  But what?  Call Kelly, of course.  But that would be odd, right?
And tomorrow, pouring in his friend’s tasting Room.  Day seven, straight.  He was thankful that tomorrow was his usual Sunday at his friend’s, and nothing more.  Yes, he took his duties there seriously, but not too seriously.  His friend’s Room was more intent on making sure the guests had fun, that Mike stayed himself, had fun with them.  If it were anything more, some position that was even the slightest bit pretentious, or scripted, Mike didn’t know what he would do.  He could write about such, maybe, he thought.  No.  He was enjoying the laziness.
He listened to the washing machine, the laundry throw its weight in that old thing.  Yet another thing to add to the “When on the NYT List” list, right after, or before, a new car, house.  Freewriting, needed.  He opened the blog’s document, just started typing.  No money for Self-publishing, so all to the puerile wine blog.  What was a “wine blog” anyway, he thought.  “How does one ‘wine blog’?” Mike bored quickly with the wine blog topic.  Looking at his desktop picture of France’s southern region, he was set on adventure.  Whatever that meant.  Sipping wines far away, writing about them, all around him, there.  Nothing moved him, here, in Sonoma’s pattern, at least not lately.
10:40p.  Bringing the monster downstairs, he started his night’s session, with an almost derisory dexterity.  Warranted, he felt.  If he didn’t see promise in his prose, who would?  He typed, for the weather, the changing outside, air above unoccupied vines.  A glass of the blend he took home, at left, on one of the painted coasters, boasting the scene of a black rodded table, atop it a bottle of some red, full glass, cheese, vineyard-gripped hills, distanced gently.  Profile in glass: suave, direct, expansive, animated.  Made him think of his wine, how he missed it.  But, all he could do was wait, for ML to finish.  He didn’t want to forget about Kelly, though.  Was she sleeping right now, or was she at some event, showing her pieces?  Mike found himself slipping from his sips of her, lessening in obsession.  It disgusted him.  He would re-blend his compositional cuvée.
Kelly stepped toward the shower, thinking of her day, her Now.  Then, what it was only months ago, at the restaurant, taking orders, obligatorily sequencing her stepping for a flap of moronic mumbles, her “superior.” She thought about it, from time to another.  But, mostly, reveled in the fact that they could order her no more.  She was done with them, that place, that stench sector.  She set her glass of sparkling on the counter, by the sink.  She loved sipping chilled bubbles just after the temperatured lanes on her frame.
Mike clicked the monster off, into sleep mode.  Sipping his blend, he ended his night, with a more forward sight, wined write light.  Tomorrow, the tasting Room, the bottles, pours, guests.  Characters, for the BOOKS.  The cuvée, now talking with softer offers.  Punching clock, out, officially, sort of.
11/12/2011, Saturday
49:  Wine, Life, Writing it ALL ... 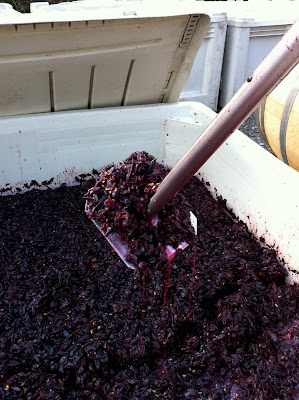 Had a plan to devote the sitting to a project, be organized with the efforts tonight.  Only going to be organized, scheduled, plan in so much as I’m here, with wine, Wine Bar beats, the pen, paper, moment.  Had a firm reminder today that life is shorter than anyone needs it be.  So, I’m not planning, anything, anymore.  I have aims, and when I get there, I get there.  This ’08 Cab I opened a couple nights ago agrees, directly.  Sipping slow, not in analysis, but appreciation.  I’m not trying to think of how I’d market, sell, it.  I don’t care.  This wine, one I love, and I’m sipping, enjoying its spiritual sync with these songs.
Today at Kaz, with Kristen, Luke, Nate, just enjoying the day.  Yes, work needing attention.  Bottling, corking, labeling, some punchdowns.  But, in total, we merely enjoyed the day, our “work.” Isn’t that how wine life, vinoLit Life, should be?  I’m now sipping, quite freely, to life, coming pages, these journals that’ll give way to BOOKS.  Tomorrow, a Literary Lunch, of course.  But I need it different, in shape, sequence.  Just saw a random highlighter on the floor.  Symbol?  Maybe.  Not one I’m particularly fond of, as it recalls obligation’s reality.  Not my space, any Autonomy.  So, I move on, focusing on the wine, music.
See my character entering his café in the morning, going through mail, pouring Self a cup of coffee, reading the paper before engaging in any mandatories.  He doesn’t open for four hours, so he knows he can relax, be at his own pace, at least for a little.  But he wants to get ahead of schedule, fairly.  He runs the glasses a couple times, dries them, wipes down the counters, sinks (which he’s particularly particular about), tastes through the wines, runs some coffee, espressos.  He loves this part of the day, the tastings.  The employees arrive in a couple hours.  Only two of them, today, night.  He then runs though some CDs, playlists on his computer, thinking of some music stretches, new ones, for his guests.  Today, he thinks, more jazz co-mingled with the ambient strokes, beats.  I want my character to have a different day, today.  On my page.  Sipping for him, his shift, his sovereignty, in his shop.
11/13/2011, Sunday
Posted by MIKEMADIGAN at 8:32 PM