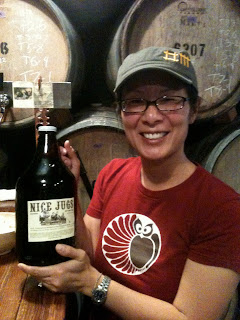 Tempered pace, but more than enough to keep my pen moving.  Especially in the presence of my brother Kaz.  Today, first formation tasting session for guests.  Day began with Kazola walking me about the vineyards, imparting certain strategies for how he delivers what he does in bottles.  His erudite analyses of the fruit, its progress, the steps after leaving the vine, all covered.  These frames on wine’s game board are what I’ve been wanting to learn, not from some book available on nearby shelves, from someone I trust, salute, especially since deciding I’ll be producing from my own label within the next couple years. 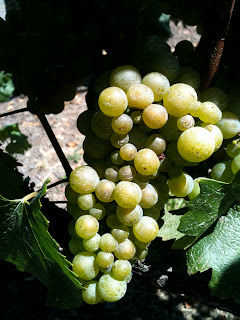 And then came the guests, sippers from parts afar, close.  They all loved Kazzy’s ’08 Kahuna Zinfandel out of the tap, that they could bottle themselves.  OR, put in a jug.  I found mySelf drawn to the presence of the ’06 Merlot, boasting “Stomp” as its banner.  This Bordeaux steerer has not only the lingering attribute that I often hunt in wine, but also an acrobatic versatility in its food pairing prominence, and simple sippability.  Many also loved the Alicante, carrying the not-so-covert pseudonym of “Intrepid,” which is interesting considering how not many consumers have tried that many interpretations of the shy-yet-supernatant grape, much less expect what to see, hold in mind some rubric for what a bottle of the rare Rhône should do. 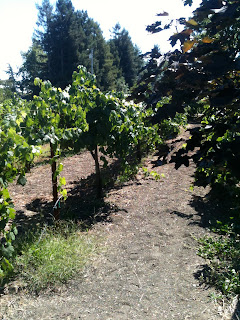 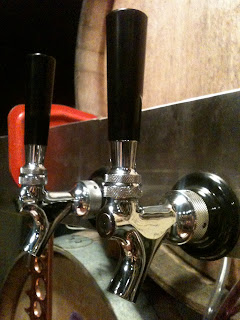 As usual, great guests, exotically domestic wines from Mr. Kazariffic.  Forgot to get a bottle of that on-tap Zin.  Next weekend.  Hoping to someday make some wine with this generous, knowledgable, and emboldening fellow oeno-soldier.  He told me he welcomes the idea.  What a charge, to be a student again.  Not of Literature, but of the grape, its eventual bottle.  And, instructed by this grape sage.  I sit here in my lab, nearly seizuring in eagerness waves, for the bottles I produce under his coaching.   Have to write it out of me.  Stay patient, don’t stray complacent.  Sipping some wine, now.  But not from brother’s winery, ‘cause I’m a scribbling goldfish, attention span barely measurable.  That’s what happens when I’m there, when he’s there with me, pouring.  Wine is about moments, with family, good friends, and you can find yourSelf in beautiful speedy sands of clock ticks when all incredibly congeal, forgetting you want to take home a bottle.  Of ’08 Zin from tap, bottled by Self.  Next time.  Coming entry, I sipNscribble with Kaz in glass.  vinoLit ...